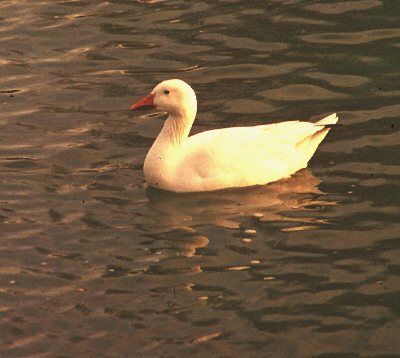 Unknown to us at the time, at about 21:30 on 28 Feb 1980 the normally content flock of Snow Geese resident at The wildfowl trust at Slimbridge took to the wing, and 25 of them became dispersed throughout the South of England.

Our first contact was with a female goose begging for food at our local park in Welwyn Garden City, Herts on 3rd March 1980. We managed to read her Slimbridge ring as S0181, and thats what we have called her ever since. She hung around until 11 March and then disappeared. We occasionally used to visit St. James Park in London, and on 30 March there she was, still begging for food. We understand that other reports located her in London Until 4th May when she was seen in Chiswick. By the middle of May almost the entire flock had returned to Slimbridge.

Another bird from the same 'escape' was seen (and captured!) in the high street of Cheltenham. Another found her way to France but unfortunately died in Normandy after hitting a power cable.

S0181 lived for many further years at Slimbridge, finally succumbing to 'visceral complaint' in October 1988. 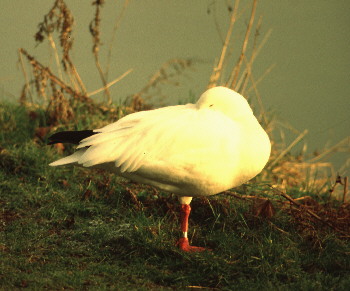